In my opinion, Heroku is the nearly perfect place to deploy a project. It provides support for a lot of technologies out of the box with minimal or no configuration.

Similarly, Sidekiq is what I strongly prefer whenever there is a need for background job processing. It ships with all the right set of APIs to deal with background processing and more importantly a great monitoring dashboard.

So, Last weekend I decide to hack on a side-project which has been on my mind forever (I will write about this project in another blog post). I rolled up a new rails project, added Sidekiq with Redis and pieced together a basic functional prototype. When I moved to deployment process I realised - I have to run another dyno to keep the Sidekiq process running.

Now let me be honest with you here, I have an itch for creating side-projects. Once I get hit by a problem I take some time out to hack on it & later I struggle to find time to work on the project again. That's why I don't go with any paid plan in project's infant days.

Coming back to our problem at hand, Heroku already provides a free tier of Redis as an addon – which does

The other half is to figure out how to spawn a Sidekiq process within the same dyno. After some digging I found a great blog post Sidekiq on Heroku with Redis To Go Nano describing how to achieve the same in Unicorn. From here is just a matter of figuring out how to replicate this behaviour in Puma.

I got the puma.rb inside config to mimic the same behaviour for me – keeping Heroku Redis' client connection limit in check. Here is the config:

Copy this to your Puma config and deploy this with your Heroku app.

Be sure to point Procfile to right puma config

P.S: I would not recommend this setup at all for your production application. This is strickly for experimental purpose.

UPDATE:
Mike Perham (creator of Sidekiq) make some points on Reddit thread which you must checkout before moving ahead with this approach.

I have also updated the code snippet above based the findings (mentioned in the comments below) of Stefan Wrobel.

This is the last day of the year 2017. I'm sitting right now at my favourite Starbucks cafe and spending the evening writing this post. Looking back to what all happened in 2017

Github Instant Search App Algolia provides in a nutshell, Search As A Service, which if you think is a pretty cool service. It takes away all the heavy lifting of building & maintaining 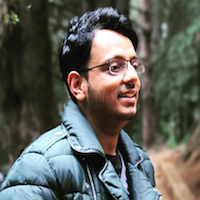